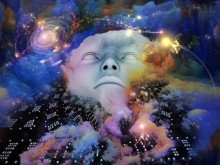 “The basis of this knowledge Gnosis, the fundamental principles on which all the teachings rested, was the essential inherent divine nature of man, and the consequent possibility of becoming by self-knowledge a god-like being”. –William Kingsland

There is a root from which all knowledge has emerged. Humanity has many names for it; we call it Gnosis.

The Greek word Gnosis (γνῶσις) implies a type of knowledge that is derived from experience, and encompasses the whole of a person. That is, it is genuine knowledge of the truth. Reality, truth, does not fit neatly into a concept, dogma, or theory, thus genuine Gnosis must also be something that one must experience. Personal experience is not transmissible in conceptual terms; a concept is merely an idea, and experience is far more than an idea. In other words, real Gnosis is an experience that defies conceptualization, belief, or any attempt to convey it. To understand it, one must experience it. This is why real spirituality is based on one’s own effort to experience the truth, and the method to reach that experience is primarily practical.

Nonetheless, in order to understand what we experience, we must study the experiences of others. For this, we prefer to rely on those who have proven the qualities we wish to embody ourselves: profound love for all beings, brilliant intelligence, and radiant joy. As such, we rely on the greatest human beings and their legacies, in every field of understanding: philosophy, science, art, and religion.

Any study of world philosophies, religions, and spiritual traditions demonstrates the same principles, themes, and symbols. While some have argued that this is mere happenstance or unconscious impulse, the truth is far more powerful: there is ubiquitous symbolism and intent in world traditions because there is one ubiquitous source of all knowledge, but whose true form and meaning is only hazily perceived by the sleeping consciousness of mankind. Due to this, messengers arrive from time to time to clarify the One True Source: messengers such as Buddha, Jesus, Mohammad, Quetzalcoatl, Krishna, Moses, Fu Ji, and many more: all of them taught Gnosis, but according to the needs of the time and place. Whenever the Law declines and the purpose of life is forgotten, I manifest myself on earth. I am born in every age to protect the good, to destroy evil, and to re-establish the Law. – Hinduism. Krishna in the Bhagavad Gita 4.7-8

Think not that I have come to abolish the law and the prophets; I have not come to abolish them but to fulfill them. For truly, I say to you, till heaven and earth pass away, not an iota, not a dot, will pass from the law until all is accomplished. – Christianity. Jesus in the Bible, Matthew 5.17-18

Naught is said unto you [Muhammad] save what was said unto the messengers before you. – Islam. Qur’an 41.43

I have seen an ancient Path, an ancient road traversed by the rightly enlightened ones of former times. – Buddhism. Samyutta Nikaya ii.106

The Master said, “I have transmitted what was taught to me without making up anything of my own. I have been faithful to and loved the Ancients.” – Confucianism. Analects 7.1

Some believe that Gnosis is exclusively the belief system of long-lost groups of spiritual seekers like the Essenes or Nazarenes. Yet the truth is that those writings and groups were but one fraction of a much older, more widespread movement, but one that cannot be tracked by physical evidence alone: it can only be truly known through awakened, conscious experience – not only here in the physical world, but also in the Internal Worlds, by means of techniques such as meditation,dream yoga, and more.

The evidence of this core religion can be found by any study of comparative religion, in which the same principles, themes, and symbols are found to be ubiquitous. While some have argued that this is mere happenstance or unconscious symbolism, the truth is far more powerful: there is ubiquitous symbolism in religion because there is one ubiquitous religion, but whose true form and meaning is only hazily perceived by the sleeping consciousness of mankind.

What can we derive from this abbreviated description of man’s internal yearning for Truth and the experiential realization that everything is connected through the one Truth?  The words of Christ, “… Seek and you shall find…” are paramount in realizing that a prioritized yearning for the nature of our existence and the meaning to life and its mysteries can be found through the interwoven truths in our observable world.

I have discovered the book of Revelation to be the key to understanding some of the most important clues to our human journey.  The book is a cryptic message that unveils some very important concepts for Truth and the effects of our varying beliefs and misunderstandings.

Is it possible that our world is not separate from us? Are we existing in a world that reflects our confusion in contrast to the biblical Paradise where clarity of Truth or omniscience is reflected in a perfect world?  These questions and more have remained at the core to my insatiable curiosity.  In my attempt to seek the mysteries to the foretold future in Revelation, I’ve discovered it to be a pathway to much more.  Known as the apocalypse, we find it to be more of an unveiling of Truth than a story of our future:

An apocalypse (Ancient Greek: ἀποκάλυψις apocálypsis, from ἀπό and καλύπτω meaning ‘un-covering’), translated literally from Greek, is a disclosure of knowledge, hidden from humanity in an era dominated by falsehood and misconception, i.e., a lifting of the veil or revelation, although this sense did not enter English until the 14th century.  In religious contexts it is usually a disclosure of something hidden. In the Revelation of John (Greek Ἀποκάλυψις Ἰωάννου, Apocalypsis Ioannou), the last book of the New Testament, the revelation which John receives is that of the ultimate victory of good over evil and the end of the present age, and that is the primary meaning of the term, one that dates to 1175. Today, it is commonly used in reference to any prophetic revelation or so-called End Time scenario, or to the end of the world in general.

In my lifelong search, I have been able to link things together – many of which have long been separate – with a new approach to understanding Truth and its Power.  Rather than viewing our world as a separate entity we can demonstrate its unique correlation to us as the collective reflection of our beliefs, hopes and aspirations and the effect of Truth’s incessant Will to be perfectly expressed. Aligning our will to discover it is essential.

Omniscience is all-encompassing.  The more questions we can answer in one theory or presentation, the closer we are (theoretically) to the Truth. We must allow for scientific evidence discovered and know the difference between fact and theories. In Alpha to Omega – Journey to the End of Time, a new story for the human voyage is presented in this light.  Many mysteries of our past will come to light in a new vein.  Are you ready for something you haven’t quite heard before?