Tower of Babel Legend is Key to Alternative History 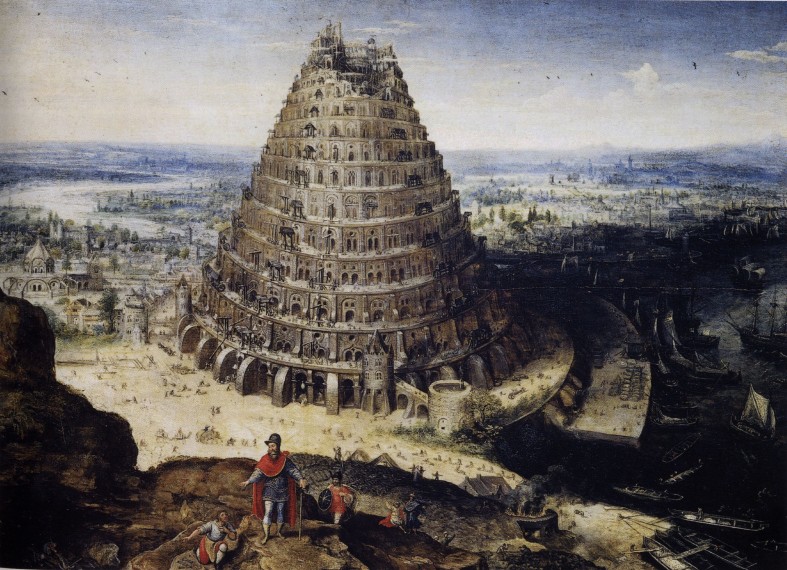 The Tower of Babel legend is one of the oldest and most familiar stories of humanity. It is believed to have been the reason for the many languages throughout the world, but careful inspection proves it to be much more than we ever imagined.

Key parallels are seen between the Biblical and Assyrian accounts of the Tower of Babel incident as well as accounts from ancient Mexico and South America. Although these are not common knowledge, it is a fact that these similar legends emerged across the globe before dominating influence of any kind. Each of them depicts mankind unified by a single language and building a magnificent tower, which angered the gods and led to the confusion of language.

Where did we come from? If we can answer this question with a little more clarity, we will discover a lot more about ourselves than what our precepts allow us to consider. The more we unravel about our mysterious past, the better we will be able to understand why we’re here and that our destiny is not predetermined or subjected to random events.

The dominant worldview concerning human origins is that man has evolved from apes, to hunter-gatherers, to stone-age primitives and to the earliest bronze-age humans around 3000 BC. Most people have come to adopt this notion in conjunction with their religious beliefs.

What most people don’t know is that the linear view of evolution, although widely accepted, has been seriously challenged by the discoveries of unexplainable ancient structures and complexes, which have been unearthed across the globe in the last century. The fact is that ninety percent of the population knows little or nothing about them.

Sites like Ollantaytambo and Machu Picchu in southern Peru, Puma Punku and Tiahuanaco in western Bolivia, the Moai statues on Easter Island in the middle of the South Pacific, The 8-ton Olmec heads and Teotihuacan in Mesoamerica and a 12,000 year old complex known as Gobekli Tepe in Turkey are just a few of the mysteries that challenge the embellished rendition of mainstream history today.

It is clear to unbiased researchers that these and the scores of similar unexplained mysteries found throughout the world, could not have been built without advanced technology, which was unavailable during the time periods in question. Researchers are certain there is another explanation, but fail to provide a viable replacement.

Providing solutions to the mysteries of our past could really help us take a giant leap in human accomplishment, but a majority of public engagement is required. Mainstream has been built upon the same pillars to which the majority agrees. Curiosity is not aroused in those who aren’t privy to the facts and most people tend to ignore information that has no relevance to their world-views or curiosities.

In order to make sense of the ancient texts and the story behind the Tower of Babel, we need to recognize that, at some point in our ancient history, mankind suffered a monumental loss in capabilities. The discoveries of baffling ancient megalithic structures stand as testament to this sudden drop in human ability.

Unfortunately, the discoveries of megalithic and other fascinating wonders of our distant past are being theorized as the result of ancient aliens or other-worldly-beings. This distracts us from the missing links surrounding the Tower of Babel legend.

The ancient alien theory is a very presumptuous and subjective assumption, especially in light of the Metaphysics of Truth. We need only to look at the Fermi paradox to see that the lack of evidence for extra-terrestrial beings is crystal clear and that we are looking for answers where they do not exist.

I’m not discrediting the mounds of evidence for UFO’s but rather to ask that we find another explanation for them. Our current thought models leave many researchers with no other explanation for these wondrous ancient mysteries. We find ourselves spending billions of dollars in a futile and ongoing search for extra-terrestrial life because we won’t accept the glaring evidence.

If we can imagine these “beings” as advanced creatures, why can’t we see this potential in ourselves sometime in the future or even perhaps in a very distant past? Aren’t the dominating ideologies, which are subliminally suggested in human thought, the actual reason for not considering another explanation?

When we finally realize that the unearthed ancient wonders are evidence for lost human potentials rather than technologies of other-worldly-beings, we will relinquish our search for ET’s and begin searching within ourselves for the answers to everything.

Why are the most ancient texts of early humans focused almost entirely on descriptions of gods and hell, flood legends and chronicles that curiously resemble the earliest Hebrew accounts in Genesis? If we can demonstrate the reason for the urgency to record information, we will be able to clarify the dogma and attribute a good degree of credibility to the depictions, which are disregarded as myth by mainstream science and history.

It’s apparent that colossal world-changing events precipitated writing because all of the earliest writings are focused on the same core themes. Likewise, we must recognize the evidence clearly suggesting that adeptly thriving advanced cultures existed long before that time (Gobleki Tepe serves as one of the many examples). How many readers know that the Hebrew bible was the first widely accepted chronology of human history?

To understand the biblical account we must realize that vital information was urgently necessary to be publically presented with consistency, but the bias of time and other factors unavoidably effected translation and blurred the truths about these world-changing events.

Most of the myths and dogma of today’s religions are the result of the “increasing error of knowledge” – a time-induced misinterpretation of facts caused by rudimentary recording and archiving, insufficient communication and the inadvertent and deliberate occlusion of truth – all of which BEGAN with the Tower of Babel incident.

The Tower of Babel story is not a legend or myth, but a record of a significant worldwide event that spawned the necessity to begin writing and recording information. The sudden loss of collective mental telepathy and advanced telekinesis are the keys to understanding the Babel legend, human potential and the baffling ancient mysteries.

Once we understand this idea, new questions arise. How did earlier humans obtain such wondrous abilities, without ET’s? Why did mankind suddenly lose these abilities? Are there better explanations for the legends of ancient gods? Can we unveil new and more profound explanations for our origins, purpose and destiny?

The answers to these questions are more often unobserved than invisible.