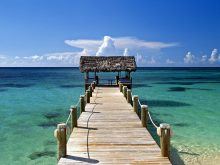 The most important questions we can ask ourselves are oftentimes the most difficult to answer. Where did we come from? What is our purpose? What is our destiny? I’ve come to find the answers to these questions are influenced by dominating worldviews – a set of paradigms or thought-models, which are bolstered by inheritance, general acceptance and mainstream influence.

Presently, both the theory of evolution and a general belief in God – all religions and faiths included – contribute to the overriding beliefs. Most of us subscribe to the notion that we have evolved in some fashion or another and that we live, die and reach another realm in the afterlife. And for the nearly 20% of folks who either don’t believe in God or the theory of evolution, their beliefs are based on the same questions with varying answers.

My position isn’t to dissect the religious beliefs and scientific theories, but rather to demonstrate what we are missing in our evaluations by failing to recognize and associate evidence and facts, which are either disregarded because they seem to be unrelated, or unobserved because we aren’t looking in the proper direction.

Where did we come from? If we can answer this question with a little more clarity, we will discover a lot more about ourselves than what our precepts allow us to consider. The three questions are interdependent. The more we unravel about our mysterious past, the better we will be able to understand why we’re here and that our destiny is not predetermined by random events – far from the tenets of prevailing paradigms.

The dominant worldview concerning human origins is that man has evolved from apes, to hunter-gatherers, to stone-age primitives and to the earliest bronze-age humans around 3000 BC. Most of us have come to adopt this notion in conjunction with our religious beliefs.

The linear view of evolution, although widely accepted, has been seriously challenged by the discoveries of unexplainable ancient structures and complexes, which have been unearthed across the globe in the last century. How many know about any of these ancient mysteries?

Sites like Ollantaytambo and Machu Picchu in southern Peru; Puma Punku and Tiahuanaco in western Bolivia; the Moai statues on Easter Island in the middle of the South Pacific; the 8-ton Olmec heads and Teotihuacan in Mesoamerica and a 12,000 year old complex known as Gobekli Tepe in Turkey are just a few of the mysteries that challenge the embellished paradigms of mainstream history today.

It is clear to unbiased researchers that these and the scores of similar unexplained mysteries found throughout the world, could not have been built without an advanced technology, which was unavailable during the time periods in question. These mysteries and Egypt’s Great Pyramid, which stands far apart from all others, need to be revisited.

The biggest problem we face today is that 90% of the human population knows nothing about these mysteries. The little attention given to them permits the mainstream narratives, which reduce these mysteries to simple explanations disguised in obtuse technical language, with little or no resistance.

Mainstream paradigms have been built upon the same pillars to which the majority agrees. Curiosity is not aroused in those who aren’t privy to the facts and most people tend to ignore information that has no relevance to their world-views or curiosities.

The reason so many have little or no interest in these mysteries is because they are generally believed to be unrelated to human benefit and progress. This can be exposed as a downfall in our current thinking. Providing solutions to the mysteries can help us take a giant leap in human accomplishment. Clarifying the events of our ancient past can teach us the truth about the hidden potential in ourselves – things that were well understood and practiced long before writing emerged but lost through the bias of time and interpretation.

The ancient mysteries cannot be solved within the parameters of our current religious and historical notions. If we really want the world to change, then a change in the collective thought-model must be the first step to bringing about the changes we so desire.

The Metaphysics of Truth provides a new model while clearly demonstrating how a true shift or awakening is not a magical or random occurrence. It begins to manifest only when the majority of the collective consciousness is on the same page. Truth is constant – only our perceptions change and this is our golden opportunity.