Making Sense of the Nibiru Hypothesis 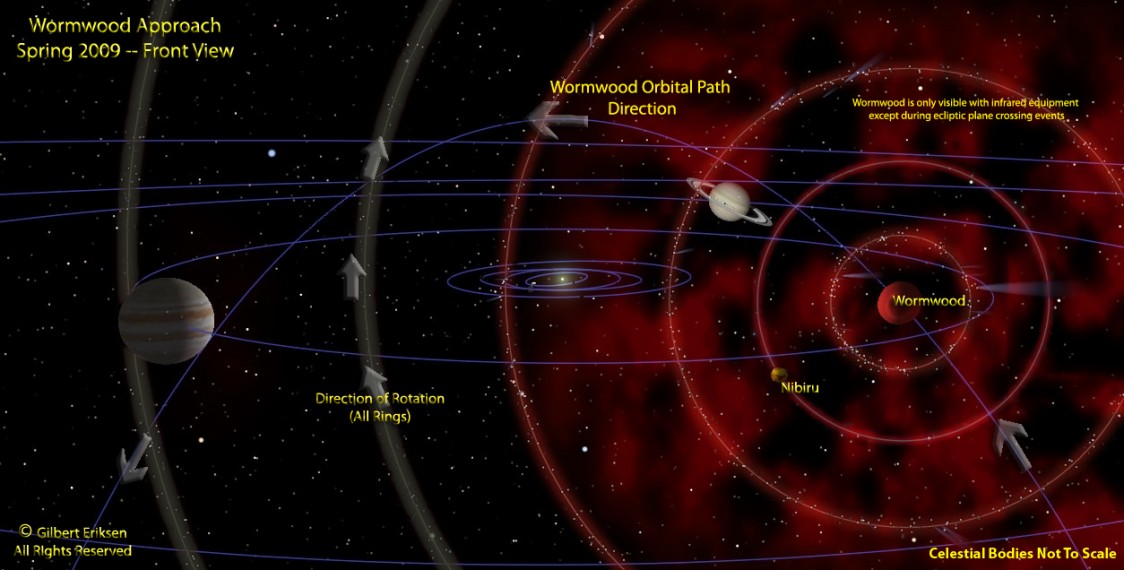 This article is just to be a little more scientific to the Nibiru naysayers who claim to be scientific.Amateur astronomers do not have the ability to view things that are beyond the line of site from our perspective here on earth. This picture by Gilbert Eriksen demonstrates a hypothetical binary twin to our sun, and illustrates how its satellite planet could creep up on us IF it is really there.

Yes, each ecliptic plane is perpendicular to each other. I’m not attesting to this as fact, but rather demonstrating the possibility of such an arrangement as one that would be extremely difficult to detect.

First and foremost is that the intersecting orbits of the binary twins would most likely be at a very large distance – beyond Pluto. If in fact the binary twin is a brown dwarf, then it’s detection could only take place with the NEOWISE and other infrared telescopes. The revolving planets around this hypothetical twin would also be extremely difficult to detect. An amateur astronomer would never be able to detect the revolving movements of satellite planets because of their rise and fall above and below our ecliptic and the changing distance of each system to each other.

It would take the best computer programs and a complete map of the sky with space-based telescopes to detect it. I’m only showing this model as the one which could make these claims more viable.

Nobody knows what’s coming but our world needs a drastic change and a more collective approach. This, to me, is the meaning of the sixth seal of the apocalypse. See also >>>  Common Threads: Nibiru, Mayan Prophecy Revelation’s Sixth Seal and Tetrad Blood Moons