Metaphysics of Truth: Big asteroid no longer threat to Earth 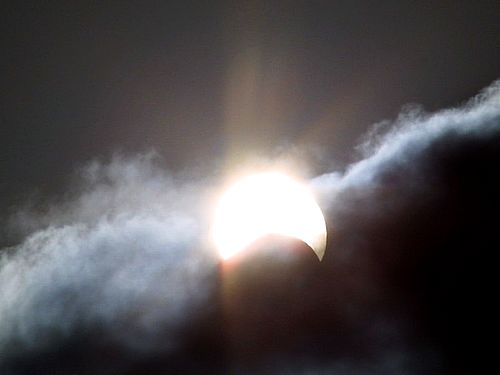 The Metaphysics of Truth helps us to see that the reality of our 3D world is actually the product of 2 forces – Truth’s incessant nature to be made manifest and the opposing force of errant choices of human will borne of shortsighted beliefs.

We fail to realize that EVERYTHING is happening because we are HERE and watching or observing. As demonstrated in this video, all choices are the result of beliefs which we derive through our observation of the world, among other things.

According to Quantum Physics’ most notable discovery, the act of observation is what “creates” reality in the sub-atomic world.  The fact remains that the building blocks of ALL matter behave inconsistently with the laws of Newtonian Physics that govern all visible objects.

In a nutshell, reality as we see it is a constantly changing illusion even though we perceive it to be linear and physical. What is the cause to the reality we perceive?

If the future holds something disastrous for us, is it random or is there really more to it?  If we look at our 3-D world, we see our individual future as the result of our choices, which are based on our beliefs.  There are many other variables, but they all center upon beliefs and action. The Metaphysics of Truth covers this in detail.

We can say with certainty:

THE INSEPARABLE BOND BETWEEN PAST AND FUTURE IS THE CAUSE AND EFFECT OF OUR BELIEFS AND THE CHOICES INFLUENCED BY THEM. This is one of the 3 principles to The Metaphysics of Truth

In my lifelong attempt to understand the book of Revelation, I realized that the message in Revelation must do more than predict the future.  It has to demonstrate the inseparable bond between past and future.  Our future is constantly changing with every decision and action made on this planet.

Is the combination of all possible decisions, actions and inaction responsible for the visible uncertainties expressed as parallel universes in Quantum Physics?

If so, then we expose what I refer to as the Metaphysics of Truth: Knowledge is power (we can drive a car, go to the moon and speak with people across the globe at the speed of light because of the power of limited knowledge), but Absolute Knowledge (Omniscience) is Absolute Power (Omnipotence) or the Power of Truth, which constantly shapes events and circumstances to expose our mistaken beliefs.

If we believe in the prophecies of the Maya, Nostradamus and, most importantly, the book of Revelation, we understand that our progress relies upon events that slowly awaken us to the Truth (for our existence) and that these events are manifested in the physical world because we fail to see the Truth. It implies that:

What does that tell us?

Metaphysics of Truth – Unobserved Realities and the Four Horsemen of the Apocalypse.