Solving the Mystery of Time’s Illusion 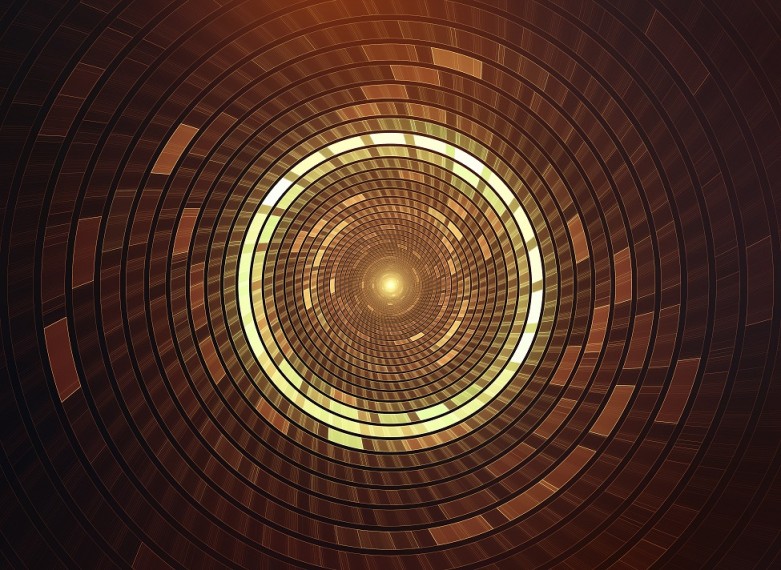 Isn’t time’s illusion really the perception of the difference between an idea and its creation or construction?Think about this. Everything outside of nature begins as an illusion in someone’s mind. The metaphysical process is such that we create things through the manipulation of matter and energy. The time required is dependent upon the level of technology and tools in a given system, which have also been created through the metaphysical process of converting thought or an illusion to reality via methods already in place. The time constraint of our perception is something that changes with every added technological advancement, which are also products of the mind or consciousness.

If we can extrapolate human progress we can see the possibility that someday we will create or discover the timeless linking of thought to creation – a complete and perfect metaphysical process – consciousness to physical reality. When that happens, there will no longer be time to measure! Everything will work faster than the speed of light as evidenced by observed particle interactions at the quantum level.

Hypothetically this is possible, but we must first recognize consciousness and choice as an important dynamic to the creation of reality itself. Science refuses to consider consciousness as part of the process but it is extremely important. Basically, choice affects reality. If we believe we can fly, and attempt to jump from a cliff, our reality is made. But subtly, this implies, through truth’s immutability, that choice affects reality on ALL levels. The collective possible combinations of human choices are responsible for the myriad uncertainties observed at the quantum level, which have led to (myopic) theories for parallel universes or the multi-verse. In actuality, there is only one reality along with the potential for immeasurable others as the act of collective choices and their combinations can only be observed at the quantum level because they represent a measure of time smaller than a trillionth of a second.

So, by reversing our thinking to view the evidence of quantum experiments as the result of conscious choice on a collective scale rather than the result of some magical and indeterminable forces, we can more easily envision reality as a constantly changing illusion – always in a state of flux. We just don’t see it that way because of the time constraints of our perceptions. One day we will reach higher levels of collective thought and the effects will be more easily seen. Science has been missing the truth by not considering consciousness as an integral part of reality. The scientific pursuit of knowledge and truth is missing the fundamental and most important piece of the puzzle.

There is no spoon! There is no time. Reality is a product of the delicate metaphysical balance between truth’s incessant nature to be made manifest and the errant choices of human will born of shortsighted beliefs. We will get to the truth either through harsh experiences of our presumed reality or through the insights of our wisdom, but we will get to it – the point of singularity where time no longer exists – because Truth is shaping our reality by incessantly trying to reveal itself in the microcosm, macrocosm and everywhere in between.