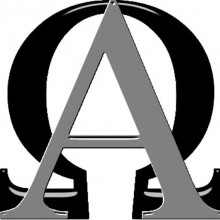 We have already demonstrated our purpose as a human race is to eventually answer every question and become omniscient and omnipotent.  Our ending point or Omega is observed as a state of Supreme Being—Paradise, the complete reflection of God in physical form.

Adam and Eve in Paradise is a metaphor for Supreme Beings who lived before us.  Proof is found in biblical accounts depicting life spans of nearly 1000 years, in both Adam’s time and in the post Armageddon kingdom.  We can recognize increased power associated with the highest level of achievement in the physical realm.

We fail to consider this because if a perfect society preceded us, then the knowledge would have been passed on easily.  We pass information onward to succeeding generations without any problems.  How can it be possible for supreme society to have thrived before us?

The complete annihilation of a civilization would destroy both the knowledge and power of a society and prevent it from being passed on.

Nearly every culture on Earth is linked to a flood myth depicting a society that was destroyed because of their avarice and wrongful deeds.  More than 500 deluge legends are found the world over from Europe to Asia to North America and South America, Australia, the Pacific islands, Africa and the near East.  Tales include American Indian and ancient Hindu and Chinese legends just to name a few.

Importantly, the flood story, which is known to have spread by oral tradition to all corners of the globe long before writing, mass communication or dominating religious influence, is compelling enough to provide circumstantial evidence.

The question that needs to be considered is how long ago did the super society exist?  Science cannot find evidence within the accepted historical chronologies.  This suggests that it was either long removed in time and preceded the evolution of a new race of human beings or that it never occurred at all.

I can demonstrate how the former idea solves many mysteries.  Understanding the journey requires that we release our inherited historical and religious precepts to a new perspective that clarifies the ancient myths, dogma and mysteries.

AWAKEN TO THE UNOBSERVED NATURE OF THE HUMAN JOURNEY, THE CORE OF OUR BEING AND THE INHERITED ASSUMPTIONS THAT SHAPE OUR DESTINY

Let’s examine the inherited religious and historical concepts that impede our progress.

Learn more in my new book: Alpha to Omega – Journey to the End of Time.