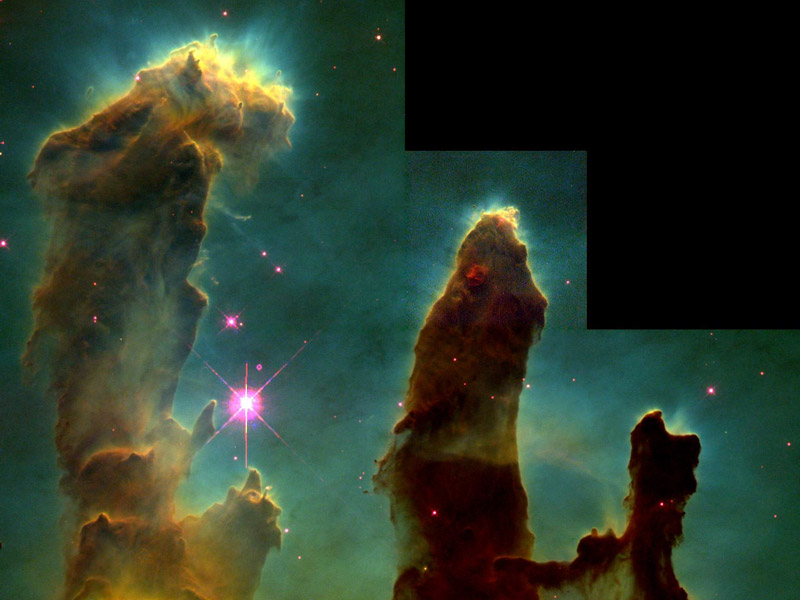 If we can relieve ourselves of preconceived notions, then Paradise and the “IMAGE OF GOD”, in which we were created, can be seen in a new light.

We’ve demonstrated that our purpose is to answer every question and discover All Truth.  The Omega is omniscience and omnipotence; Paradise; a state of Supreme Being and is described as the post-Armageddon kingdom in Revelation.

Supreme Being is the complete REFLECTION of God in our physical form.

Think about this: The concept of God in our current minds is the reflection of our extremely limited self upon the limitless entity we have yet to discover.  So, in essence, we have created a god in our image.

If we can concede that mirroring our human attributes in the definition of God is restrictive, then we can derive some characteristics of what God is NOT:

If our Omega or ending point is Supreme Being, then it is the Will of God to be ultimately REFLECTED in creation.  Here is where we see CREATION and EVOLUTION as the same process.

Divine Will is the incessant natural process to BECOME EXPRESSED in the physical world.  Infinite power animates matter and creates the avenues and vehicles for the fulfillment of will, which is the ultimate expression of Creator and created in the physical realm: Supreme Being—the reflection of the Infinite.

The Essence of all life manipulates matter and energy, which manifests creatures—or vehicles of life—with increasing degrees of complexity over time (time is only in the minds of conscious creatures).

All creatures below human beings have reached the maximum reflection and potential of God in that vehicle.  They are not aware—they just exist perfectly in nature.

The progressive process continues until a creature evolves into a vehicle in which the POTENTIAL for the maximum expression of God can be achieved—a sentient being whose WILL to understand God (ALL TRUTH) takes priority over everything.  Only through a clarity in understanding can we become a Supreme Being, which means our WILL and God’s Will are united when we strive to understand ALL TRUTH.

Science has stumbled upon many shocking discoveries in its prejudiced attempt to prove that God does not exist.

Perhaps science is trying to discredit the god of our image – conjured by religion and our shortsighted views.

God is not a personal being and when we assign our limited human attributes to God, we provide easy targets for scientific abuse.

In consideration of all this  we can ascertain a little about what God is:

God is the Essence and Animator of all life – an infinite and infinitesimal furnace of limitless power.  From the smallest sub-atomic particle to the single cell, from a complex organism and throughout the hierarchy of more complex living creatures, God is the root cause.

God is the Unending Source of all Knowledge and Power.  Everything attributed to life, energy, cause and effect stems from the original source of power and knowledge.  This means that everything flows from the top and works its way downward.

God is consistent, incessant and unyielding intent, throughout the infinite and the infinitesimal, to become evident in physical and conscious expression—ultimately in Supreme Being (The Omega or final 1000 year Kingdom).

God’s COMPLETE REFLECTION in the physical realm is total harmony, which can be observed in the spectacular wonders throughout all levels of physicality from the microcosm to the macrocosm.

God is SCIENTIFICALLY AND PERSONALLY discoverable but nothing can change the Nature of God.  It cannot be controlled because it is consistent and unchanging.  Deliberate attempts to control, direct or oppose it will lead to varying levels of physical disharmony.

This is only an overview, but perhaps it will assist in shaping our concepts into something a bit more concrete–one that presents a more of a challenge to those who argue that God does not exist.

Learn more in Chapter One of Alpha to Omega – Journey to the End of Time.  Now available in all formats!