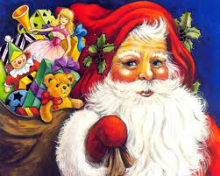 Jesus was NOT born on December 25. Closer examination reveals the Roman exploits of Christian doctrine and exposes their persecution of the Gnostics as means to suppress the underlying, yet still occluded, truths to Christ’s Ministry. Many of us fail to realize Rome’s influence on early Christianity and its contribution to both the incomplete translation of Christ’s message and the instilled portrayal of his persona.

The uneasy coexistence between the Jews and pagans, which had formed the structural base for the Roman Empire after centuries of political and social agreements, became unglued as the popularity of Jesus’ message grew. The pagans were a conglomerate of many beliefs and many gods embraced without judgment by most people in the regions. They represented the majority of people in the Roman Empire who remained reliant on the oral traditions of ancient myths, and without regard for the Jewish conquest of years past.

After many years of peaceful coexistence, Christians refused to worship any gods but Jesus and eventually lost favor in the predominantly pagan regions. Despite constant Roman persecution and intermittent edicts to kill every Christian, the Christian movement was widespread. By 250 AD, advocates of the new religion lived in every part of the empire and in every class of society. The earliest adherents to Christianity – Gnostics – must have been privy to information that remains occluded to this day. What was it that made Christianity so favorable to throngs of people in such a short time and without an organized institution?

Constantine’s conquest of Italy, in 312 A.D., is seen as the largest single political and social slingshot for Christianity’s growth throughout history. Constantine’s beliefs were obviously overshadowed by personal wealth and power because he was well-aware of Christianity’s swift and mounting approval and realized the political advantage.

The government made provisions that favored Christians in every aspect and, unlike any religion before, it became an organized religion by the government and for the government. The state and church, although considered independent of one another, effectively governed the region by mandating subservience to Christianity.

Since the government was now in charge of Christianity, the interpretations and the rules for worship were mandated by Roman rule. The growing Roman intervention soon garnered new advocates who relied on the empire’s concept of Christ’s message, which had been popularized among the citizens for easy acceptance and dominating political clout. Soon, Christianity became an intolerant sect – biased against anyone who failed to worship in the prescribed ways dictated by the authorities.

None of this came without an effect on the true teachings of Jesus. The true Christians or Gnostics were very much concerned with Rome’s dilution and distortion of Christ’s teachings. The Romans persecuted and killed as many of them as they could find and, by claiming they were heretics of minor Christian parties, Rome was able to seize their assets and estates as well.

Proof of Rome’s firm imposition of Christian orthodoxy was confirmed in discoveries during a period from 1863 through 1945 in areas of Upper Egypt. Known as the Gnostic texts, these codices were hidden by several influential and early Christian Gnostics for fear of being destroyed by Roman rule. Much of the unapproved literature pertaining to Christ’s life and death had been destroyed and the Gnostics were in fear of losing the remaining nuggets of truth. Isn’t it a wonder how such a relatively few documents made it into the biblical canon? Is it possible that large volumes of undiscovered and important information are still missing?

And, while all of this seems to have been a dismissal of pagan beliefs, we see many of the pagan beliefs incorporated into Christian doctrine. The Roman Empire was comprised mostly of pagans and Rome’s efforts to assuage them can be easily seen. The subject could fill many pages, but the birth of Christ and Easter should suffice in presenting the point.

Many people erroneously believe that Jesus was born somewhere about 1 AD on December 25th, which is a pagan fabrication. We know that Herod the great ordered the killing of all children two years old and under during his reign because of rumors of Jesus birth. Joseph and Mary are known to have fled to Egypt for this reason. Herod died in 4 BC, which means that Jesus had to have been born before then.

Scholars today have placed his actual date of birth sometime between August of 7 BC and April of 6 BC. Why do we celebrate his birthday on December 25th? According to old pagan tradition, the solar cycle begins with its rebirth on the 25th of December as the sun makes its way northward again.

And, while we’re on the subject, have you ever wonder why Easter is celebrated at different days in early spring each year? The first day of planting, according to pagan tradition, was the first Sunday after the first full moon after the first day of spring, which is exactly when Easter is celebrated today. These were obvious endorsements later assigned to appease the sentiments of pagans, many who likely believed Jesus to be nothing more than another one of their mythical gods.

So, as we approach yet another commercialized, industrialized and institutionalized version of the celebration of Jesus’ birth, let’s try to remember that the instilled concept of Christmas is far from expressing the true meaning of Christ’s mission and message. We don’t need to put up a tree, decorate our houses with lights, purchase lots of toys and goodies nor lie to our children about Santa Claus. We need to express love and empathy towards others as we celebrate the birth of Christ who epitomized these virtues.