The Significance of Atlantis 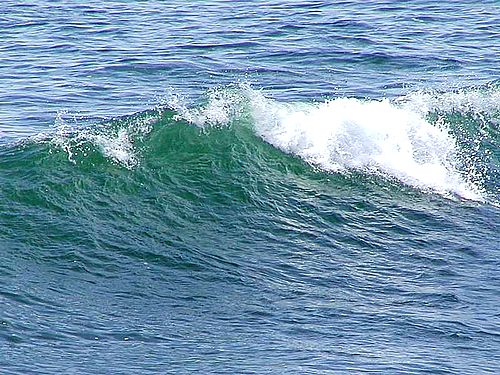 Because Atlantis has not been found, it is considered to be nothing more than a myth, but these presumptions prevent us from recognizing the true significance of the story.Atlantis is a popular topic of discussion around the world. There are very few strangers when it comes to the myth of a previous society with capabilities and intellect far beyond ours of today.

The only known references to Atlantis come from Plato’s infamous dialogues of 350 BC.  His descriptions and accounts of the super society are based on oral tradition handed down through family lines, for well over two centuries, by a Greek statesman named Solon.  He visited Egypt at around 600 BC and learned of Atlantis in sacred accounts shared by Egyptian authorities.  According to Egyptian legend, the place had existed 9000 years prior and its fate was sealed by the disfavored gods of their creation.

Nearly every culture on earth is linked to a flood myth depicting a society that was destroyed because of their avarice and wrongful deeds.  More than 500 deluge legends are found the world over from Europe to Asia to North America and South America, Australia, the Pacific Islands, Africa and the near East.  Tales include American Indian and ancient Hindu and Chinese legends just to name a few.

Importantly, the flood story, which is known to have spread by oral tradition to all corners of the globe long before writing, mass communication or dominating religious influence, is compelling enough to provide circumstantial evidence.  Although no empirical evidence exists to support these stories, there is certainly no empirical evidence to rule them out.

Atlantis has been ruled out for two reasons.  Primarily, it doesn’t fit within the accepted historical presumptions and chronologies.  Secondly, science cannot find evidence within the timelines of the accepted historical chronologies of a complete annihilation of the human species, which is the central them to ALL of the ancient and converging myths.

The earliest written recordings of humanity strangely discuss gods, floods and supernatural things that mimic science fiction today.  Did you know that control of earliest recorded history was a battle between Hebrew, Greek and Egyptian authorities?   Suffice it to say that the Old Testament of the Hebrew bible begins with the well-known tale of Noah’s flood.

If the once great society really did exist then perhaps it was much further removed in time. Considering early Egyptian concept of time and the most-likely-distorted oral accounts of Atlantis, it is fair to suggest that Atlantis flourished in antiquity and 9000 years prior was representative of their understandings at the time.

In the seventh century BC it is highly likely that 9000 years prior was far enough in history to support their conceptual understanding of a previous high civilization, which predated theirs. After all, they had no ideas about evolution or other sciences that would reveal the time error.

How did the story spread throughout the world, long before history was written and controlled?

By answering that question, we will begin to tear away at historical misconceptions and provide new answers to many mysteries.

For a comprehensive look at this topic, please visit my Atlantis page to read the informative essay